“But why?”. In this Wireless Philosophy video, Kevin McCain (University of Alabama at Birmingham) explains the Epistemic Regress Problem. The epistemic regress problem arises from the need to give a reason for your belief, a reason for that reason, and so on. After explaining the problem, he explains how the problem has been used to argue in favor of skepticism, and discusses three possible solutions to the problem. 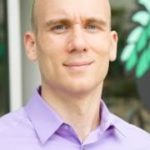 Associate Professor of Philosophy at University of Alabama at Birmingham

I grew up in southern Illinois (about as far away from Chicago as you can be while remaining in the state). When I was growing up I was convinced that I was going to be a lawyer; however, as a junior in college I decided that I was more interested in philosophy than law. So, I added a philosophy major and decided to pursue a graduate education with the hopes of becoming a philosophy professor. I find many areas of philosophy to be extremely exciting and worthwhile, but my primary philosophical interests remain within the realm of epistemology (the branch of philosophy that deals with knowledge and rational belief).