The Problem of Evil

Sally discusses a classic argument that God does not exist, called ‘The Problem of Evil’. Along the way, she distinguishes different ways in which people believe that God exists, and discusses what’s bad about having contradictory beliefs. 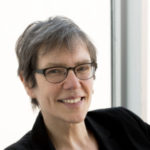 I was born in Connecticut, but moved to Shreveport, Louisiana in 1963 when I was eight years old.  I went to boarding school at St. Stephen’s Episcopal School in Austin, Texas and then to Reed College in 1972.  I had several majors in college and spent time living in France and India.  I graduated from Reed in 1977 with a combined philosophy-religion major and went to the University of Virginia for an MA in philosophy.  In 1979, I transferred to the University of California, Berkelely for my Ph.D. and studied with George Myro, Paul Grice, and Alan Code, finishing in 1985.