In this Wireless Philosophy video, David Miguel Gray (Colgate University) introduces sociohistorical theories of race. Gray introduces socially constructed categories and what it means to think about categories in this way. This is part 3a of a four part series, “Racial Ontology: A Guide for the Perplexed.” 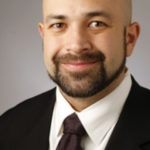 Assistant Professor of Philosophy at The University of Memphis