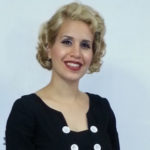 Assistant Professor of Philosophy at University of Louisville

I am presently an assistant professor of philosophy (tenure-track) at the University of Louisville. My courses there this semester are Introduction to Philosophy through Cultural Diversity, Critical Thinking, and Asian Philosophy. I obtained my PhD from Yale University in December of 2015. My dissertation was entitled “Epistemic Fictionalism” and my committee included Keith DeRose (advisor), Zoltan Szabo (advisor), Daniel Greco, Jay Garfield, and Laurence Horn. I previously earned a BA (Honours) and MA in Philosophy from the University of Calgary (in 2007 and 2009, respectively). My primary areas of research are epistemology, the philosophy of language, and metaphysics. I am especially intrigued by questions having to do with skepticism, fictionalism, and metaphor, as well as how cross-cultural philosophy can shed new light on them. In addition, I serve as associate editor of Oxford Studies in Epistemology (eds. John Hawthorne and Tamar Gendler). In the past, I have also been involved with teaching philosophy to pre-college aged students and taught an introductory logic and philosophy of science course that formed part of the Yale Pathways to Science Summer SCHOLAR Program.